I had the pleasure of giving 3 sessions at NDC Security in Oslo on April 6th and 7th. After 2,5 years of not being at a conference in real person, this was the first time speaking in front of an audience and sitting in on sessions in real life! Super weird to do in this time of turmoil in the world, but when you sign up to speak, the conference organizers are relying on you to show up of course!

For me a nice way to get back to public speaking in front of a group: I’ve done my session on “How to use GitHub Actions with security in mind” a lot last year, but everything was online due to corona! The atmosphere at a conference and in front of a real live audience is completely different from doing this from your home office. Sitting in to hour long sessions is really hard work if you do this from home, and as speaker you often do get little to no feedback during the sessions from home. Honestly, the less professionally a virtual session has been arranged, the more engagement and fun I had in them! A simple meetup for example just uses a Zoom/Teams session where people can chat and ask questions. Often they also turn on their camera’s and that really helps to keep you sane. Having a feeling of talking to the wall really does not help when the conference is virtual. That interaction and connection with the audience was often missing in “professionally managed” sessions.

Getting back to public speaking in front of an audience was something I was curious to see what it would do to me: will I get overwhelmed with stress, do I freak out on stage? I have gotten a lot more confident on virtual sessions over the last years, but will that pay out on stage as well? 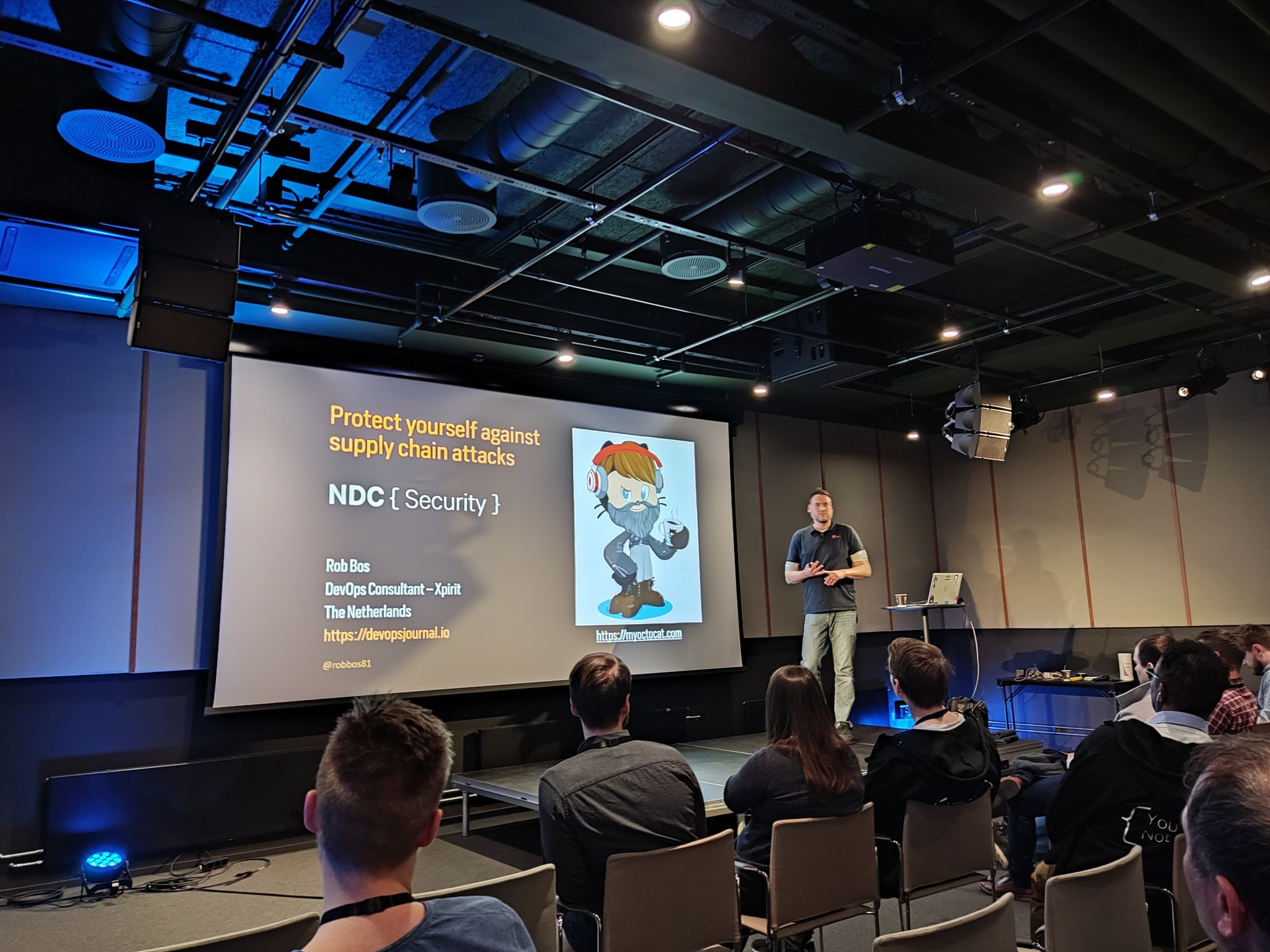 Before getting started with my session, the last 10-5 minutes before getting on the stage I felt stress building up. Some of it lingered on through the intro part of the session, but left me relatively quickly after that. I had some people in the room that I met earlier that day and that already helps as a focus point during the session. That really kept me on track.

Having a full room with 60+ people was awesome: there where actual people, nodding along, frowning if they couldn’t follow it and even asking questions in between! Having that interaction is key to deliver a good session for me, I need to have that connection I have learned.

Afterwards people actually hung around and asked questions! More engagement happened during the ‘hallway track’, where people randomly come to you, tell you something on how they experience the session and some things they picked up from it. AWESOME! I got some great feedback on the things that stuck with them and learned that I still like doing this. That means I will be sending in some of these session to CFP’s (Call For Papers) again, because I wasn’t sure before.

The sessions where also recorded for people attending at home and the recordings should be shared afterwards as well! I’ll update this post when they become available, so you can watch them if you are interested.